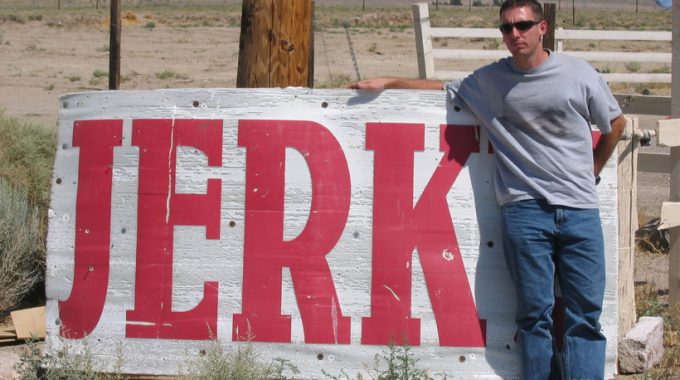 Right now we have a kind of mania for the idea of collaboration. There’s a mistaken idea that collaboration is democratic. It is not. But team leaders too often focus on what can be accomplished by treating team members as a supporting cast for individual ambition. They would be better off harnessing the power of individuals and their wishes for big things.

Right now we have a kind of mania for the idea of collaboration. If you have kids in school you know they’re being educated to live and work in a world of teams. One of the first lessons they learn is that some kids don’t pull their weight. Also that some kids want to run the whole show.

Consider this: On your last day of work would you rather hear yourself praised as a leader or a great team player? The latter sounds so sort of weak by comparison. We’ve all been wired to want to be a team leader. We all know leaders get more stuff in life than team players.

When good teams go bad it’s because the platitudes about collaboration don’t accommodate the way real people behave in groups. It shouldn’t surprise anybody that Donald Trump’s television show, The Apprentice, was all about killing off members of a team.

Leaders who don’t & the problem of the brilliant jerk

There’s a mistaken idea that collaboration is democratic. It is not. Someone (we hope) is going to be held accountable for the success or failure of a team’s work. In formal terms these people are defined as the leader. But hierarchy aside, some individual is always going to stand out as a more expressive or at least a louder voice than everyone else.

All of us have experience with the problems with teams. People can be preposterously pleasant to each other, for example, and no one takes on hard problems. Potentially great ideas dissolve into consensus, screwing up exactly what was valuable about bringing smart people together. And sometimes the leader doesn’t lead.

How many of us have heard the nominal leader of a team say, “So where are we?” Or at some point say, “Let’s take that off line,” which really means “Let’s take your idea outside and bury it because we’re not going to discuss it anymore.” This is evidence of leadership drift.

Other times we’ve encountered formal leaders who process but don’t understand the content. To them, running a team is about time keeping, not what comes out of that time. Deadlines must be black and white. Next-steps and to-do’s logged. Other people’s names (not their own!) put against everything. A written team mission that stops conversation. This passes for productivity.

Compare that with the brilliant jerk (a coinage that may become Netflix’s most lasting contribution to our culture). This is the swashbuckling soul destroyer, oblivious or at most indifferent to what motivates other people, shutting down ideas they don’t care for. Often you just have a jerk and no brilliance.

What matters to the success of a team is not the formal title of leader but the assertion of leadership—which is to say, authority derived not from hierarchy but from the way we behave.

Take the team where it says it wants to go

Leadership within a collaboration is a job of orchestrating individuals to take a team where it says it wants to go. Anyone can do it by, say, speaking up when a team is wandering instead of waiting for the nominal leader to recognize the problem and do something about it. By taking on extra weight when the team is talent-challenged. By using insight into the personalities of a team to get the quiet ones talking (and perhaps isolate the brilliant jerks).

Leadership depends on insight into what motivates people on a team. Even an unwilling member of a team wants things, and it’s not always money. It might be credit for ideas or an opportunity to show what we’ve got. Sometimes it’s just interesting to work on something hard.

In any collaboration understanding the desire for rewards can propel individuals toward the collective goals of the team. Leaders use this insight to make individuals feel their investment of time is taking them somewhere.

No one wants to leave a meeting feeling they’re spending scarce time on something inconsequential. Clarity of purpose and mission matters, and in every respect it should show through in anyone with an aspiration to leadership.

This sort of leadership can come from anyone regardless of their place in a hierarchy. (That is if it’s a healthy hierarchy. If it’s a hierarchy where the nasty thrive then stop reading right now and go update your LinkedIn profile.)

Like it or not, working in teams is here to stay. People have grown accustomed to doing their jobs in packs. Collaborative technologies make it (deceptively) easy to work with other people across a room or around the world. Teams will have their problems and their problem makers but they provide scope for anyone smart and focused to make themselves felt—assuming they have a grasp of the way humans behave in groups.

That is the dividing line between someone acting with the formal title of leader and the demonstration of leadership. The first too often focuses on what can be accomplished by treating team members as a supporting cast for individual ambition. The second harnesses the power of individuals and their wishes for big things.

Which would you rather have people say about you on your last day of work?